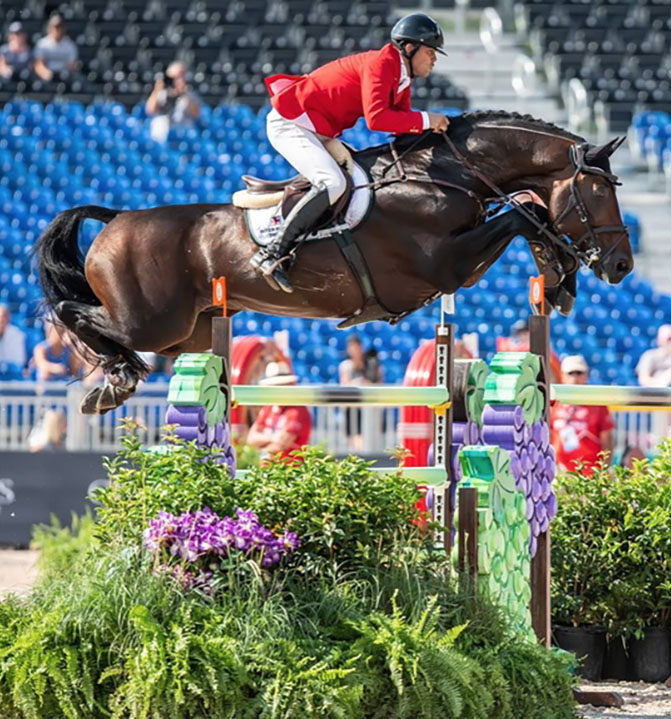 Named after his sire, world #1 jumping sire, Chacco Blue (Chambertin), Chacco Blue II one of the three best performing sons in the sport. This is no surprise, he comes from a top Selle Francais motherline and his mother Naiti Rouge was ridden at the top of the sport by Alexander Onyschenko. She went on to make Chacco Blue II and then Caitari 1.55m, Balou Rouge 1.45m and Stakkato Rouge 1.60m. The grandmother, Haiti Rouge who produced Chacco’s mother Naiti 1.60m, as a well as Maiti Rouge ENE*HN 1.60m. This is a serious line. Chacco came very late to the sport after a very interesting story, and rocketed up to the World Games in Tyron [USA) I 2018. A change of rider in 2019, to Luciana Diniz, should see Chacco head up to the real top end of the sport. Chacco is a harmonious and beautiful horse, check out his movement! Very modern with stunning scope and shape over a fence. He’s totally uncomplicated, and a dream in the stables and under saddle. A good strong back, with great neck and loin connection. He clearly has a beautiful head. THE Chacco Blue son to be using now, he’s proven in the sport and comes from one of the best French motherlines. 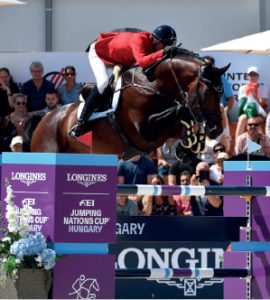