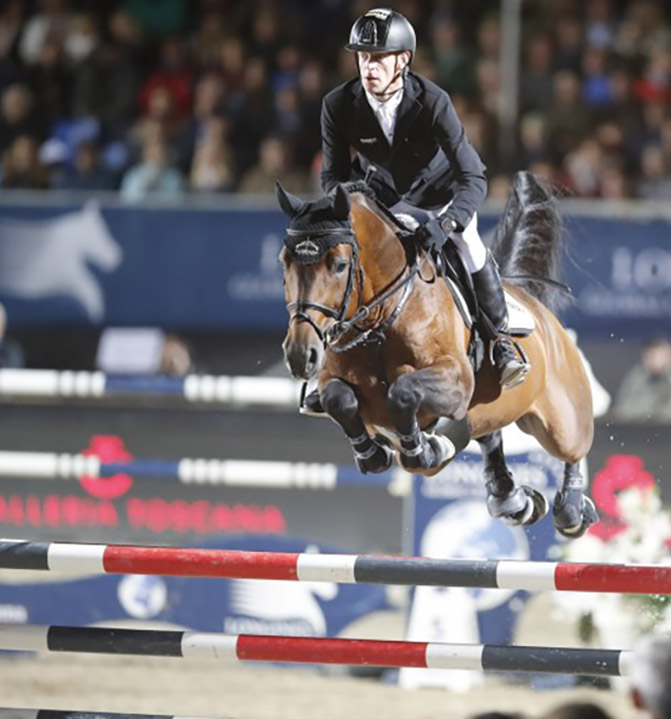 Out of the exceptional mare Ratina Z, Comme Il Faut was highly successful under Marcus Ehning on the international stage.

Comme Il Faut was second in the World Championship for five-year-olds at Lanaken in 2010. From the beginning, the stallion demonstrated his outstanding qualities on the international stage. At the start of his career he jumped in young horse classes, but after only one season he was jumping at grand prix. In 2013 and 2014, he achieved good results in 7 & 8-year-old classes, then two seconds in 2014 at Paderborn CSI3*, and in the grand prix at Dortmund CSI3*. In 2015 he achieved 3rd in 1.60m CSIO5* at Rotterdam, 3rd in the Rome GCT grand prix, plus placings in three World Cup qualifiers; 4th in Oslo, 6th in Helsinki and 9th in London. 2016 was his best season yet – he won the Vienna GCT and the Madrid World Cup qualifier, plus the grands prix at Paderborn, München and Gross-Viegeln.

Comme Il Faut already has several licensed sons including Comilfo Plus Z, who was 5th in the 6-year-old World Championships at Lanaken with Christian Ahlmann. Comme Il Faut is best suited to a tall mare, but his offspring all inherit his ability and power.

Available frozen semen only, free for ICSI, sold by straw.