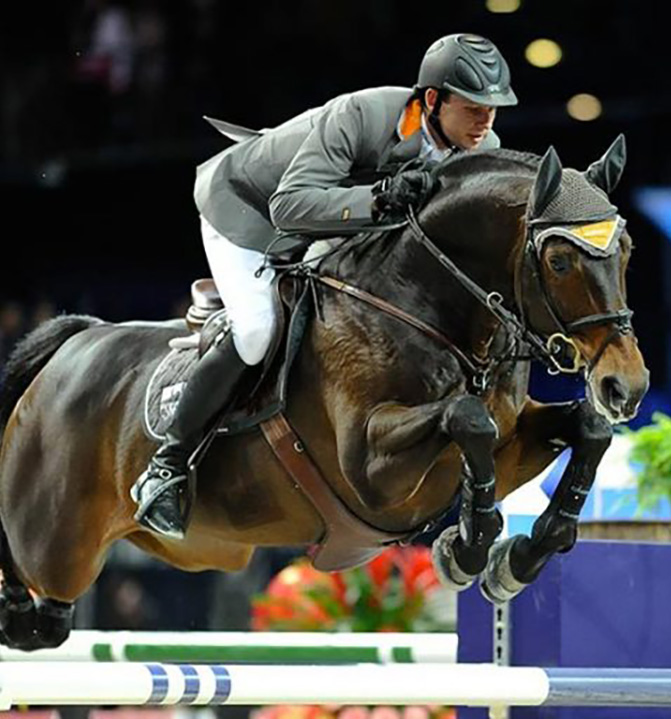 Satisfaction I is the son of Stakkato, who won the National Young Horse Championships twice, as a 5 and 6 years old with fairy-tale scores of up to 9.9. In the years that followed he continued his sporting success at international level with Eva Bitter. He won the German Championship twice, as well as a number of Grand Prix’s and several Nations Cups. Satisfaction’s dam Cecile was named Hanoverian Broodmare of the year in 2010. A worthy and sought-after award.

Satisfaction l impresses day after day with his constant performance curve and superior jumping ability. This Stakkato son already has top placings in a number of Grand Prix (incl. Hagen, Balve and Paderborn) with Eva Bitter. Following his Grand Prix victory at the German Classics in Hannover 2010, he moved from the National Stud in Celle to the Beerbaum stables at Riesenbeck. Ridden by Ludger Beerbaum and Marco Kutscher he achieved further international successes in 2011. His second place in the DKB-Riders-Tour in Paderborn and top placings in Rotterdam (NED), Estoril (POR), Rome (ITA) and Valencia (ESP) have clearly confirmed the exceptional sporting ability of this world class stallion. As an acknowledgement of his successes, Satisfaction l has been awarded the suffix FRH to his name by the Hanoverian Verband - he is now listed in the studbook as Satisfaction l FRH.

Satisfaction I offers exceptional blood lines and is a well-rounded stallion.